New Divine Will apps for iPhone and Android 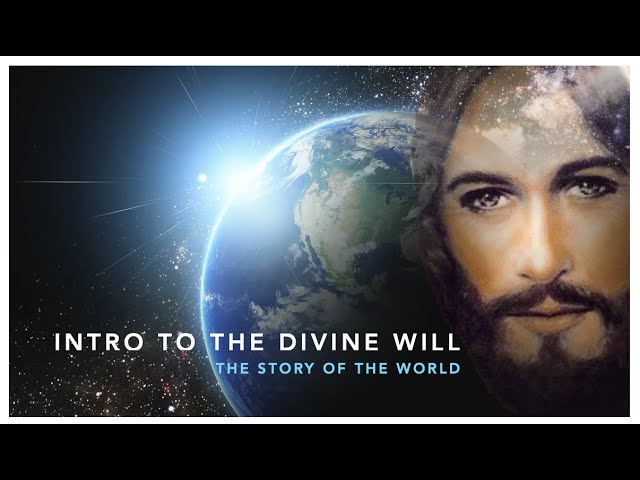 Intro to the Divine Will - The story of the World 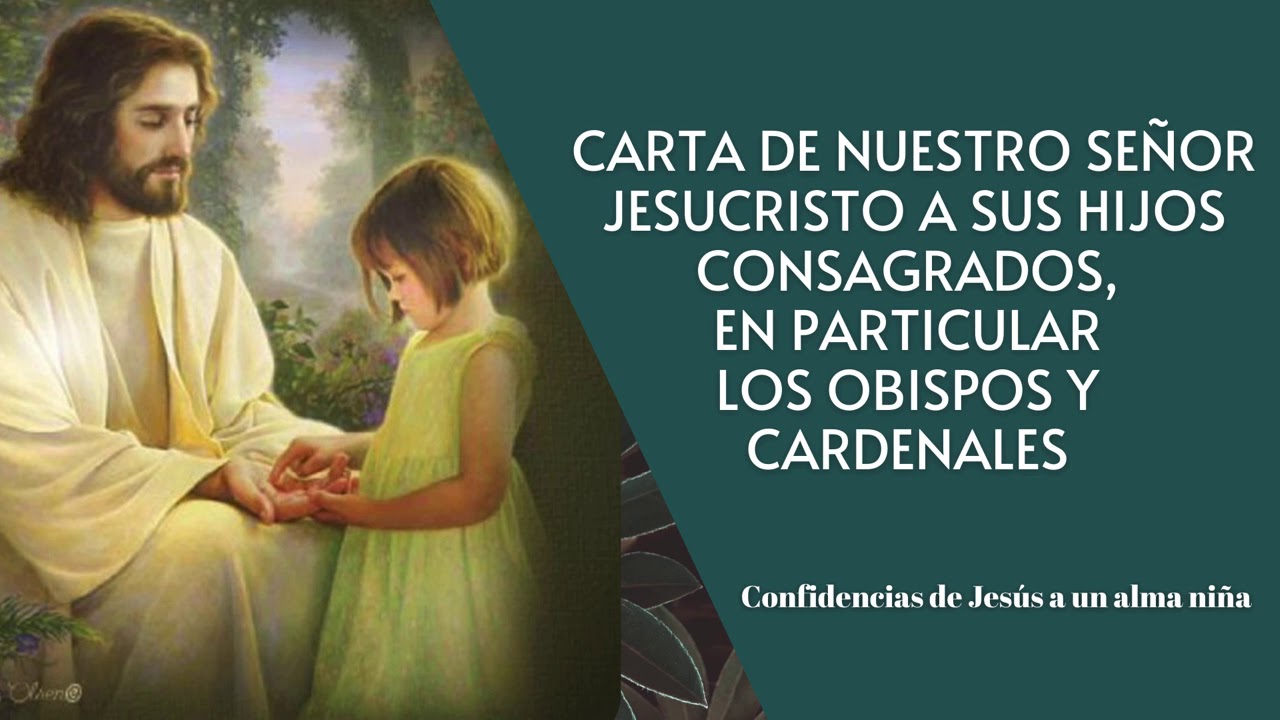 My dear brothers, today so many people are congratulating themselves on Christmas and they don't really know what they are saying. My congratulations are with the words of Psalm 94: "Today listen to the voice of the Lord: do not harden your hearts!" We urgently need to recognize His voice in the midst of so much noise inside and outside of us, and to open our hearts to Him, because He says: “Behold, I stand at the door and knock. If one listens to my voice and opens the door for me, I will come in to him, I will dine with him and he with me ”(Rev. 4:20). Because one hundred years after the Call of the Divine King, which is a wonderful gateway to the Writings on the Divine Will, by Luisa Piccarreta, the Lord makes another distressed call, this time for urgent conversion, as He said so many centuries ago by mouth from the prophet Jeremiah (4,5-8): Declare ye in Judah, and publish in Jerusalem; and say, Blow ye the trumpet in the land: cry, gather together, and say, Assemble yourselves, and let us go into the defenced cities. Set up the standard toward Zion: retire, stay not: for I will bring evil from the north, and a great destruction. The lion is come up from his thicket, and the destroyer of the Gentiles is on his way; he is gone forth from his place to make thy land desolate; and thy cities shall be laid waste, without an inhabitant. For this gird you with sackcloth, lament and howl: for the fierce anger of the Lord is not turned back from us.

At the present time realism is needed, along with the greatest realism, which is Faith!

The luck of the prophets, when they are authentic, is to be a “sign of contradiction and a stone of scandal”, precisely like Jesus, who is simple but not easy, because the Truth is very uncomfortable: it gives life or it kills. For this reason, I beg you, because I see that some of you easily fall into the error of staring and examining who the messenger is without noticing the message he brings us and Who is the One who speaks; as the fool of the town does, that when someone indicates the moon, the fool looks at the finger and does not look at the moon! It is that old spirit of the Pharisees, who criticized everything, always asking for explanations and reasons, for example the Precursor (why he baptized) or the blind from birth (how was it possible that that man had opened his eyes), or the healed paralytic in the pool or Jesus himself ...

My brothers, pay attention rather to this concerned and serious appeal, which I have received and read. I feel it is my duty of conscience, out of fidelity to the Lord and love of neighbor, to read it now.

“I want to tell you an important thing: you have to speak urgently to all your brothers, whether they believe or not; you talk to them. The little ones will listen and recognize me as the only God; they know that it is I, Jesus, the one speaking and guiding them. Everyone else, if they don't do what I say, they will die. Do not be scandalized by what I say. What did I say when I invited everyone to true conversion? I indicated those that Pilate had killed and those who had died in the collapse of the tower of Siloe, and what did I say? If you do not convert, you will all die equally in the same way! I said it then and I repeat it now, nothing changes in my words.

I am still here to indicate the way of salvation, but the time is coming when my Father's Heart will no longer respond. Now for mine it is the time of Holofernes (from the book of Judith. Holofernes was the head of the invading army): you are surrounded by the armies of the devil, as when that time the great sin, the great idol, was defeated, when I forgave them and for his pleas and cries to Heaven the great punishment was suspended. Those who should watch, those who should teach and protect, my columns, have replaced the golden statue of the infernal idol, which has sown so much death, with so many filthy little fetishes, and sin has spread like a seed is scattered in the field of eternal curse. What has changed? It has gotten worse and you have not understood it! Did you think he would never have said or uttered ENOUGH! Iniquity must cease before my eyes ... Volcanoes erupt and the earth shakes, listen! Do as Aquior did (In the book of Judith, Aquior was delivered by the invaders to the Israelites to perish along with them, because he had testified in their behalf): he told the truth and the victory came thanks to the courage of a woman (Judit). Learn the example of how the faith and hope of a determined heart can defeat all hell!

I tell you that if your brothers love me they do not leave my house; If my consecrated people have become lukewarm, fearful or simply oppressed and forced to do things that hurt me deeply and offend me, whoever loves me should not flee, stay, sustain me, love me right now. How can they not understand that this consecrated bread is my Body, even more wounded, and that this wine is my Blood, even more spilled and mixed with the mud of error and sin? If I, who am GOD, accept, suffer and resist under the blows of new painful lashes, why do they flee? They too, like my apostles, scared and confused, they too abandon me: are you alone here like my little John? How many times have they told me that if they had been there, at the foot of the Cross, with me, they would never have left me ... How difficult it is to be faithful at the time of trial! Tell all those who love me that I want, that I need them to hold me, to stay with me and I will stay with them. I say this for the salvation of all, otherwise I will have to separate them as dry branches separate ...

The time of the great tribulation has already begun, but the great deceiver has gradually accustomed you to his poison and, as my Paul said, Saint Paul, when it will be said ‘peace and security’ then suddenly the greatest pain will come. You do not know the wrath of God; It is Holy, it is Sacred, but whoever survives will come to envy the dead. I have already told you, my children! All pain and tribulation will be shortened because of my chosen ones; otherwise, there would be nothing left on earth.

Listen to me, consecrate each day to the Immaculate Heart of my Mother, which will be for you like a last breath in absolute emptiness.

My children, do not deceive each other, lying and saying that everything is false and that nothing will happen, do not be blind. My prophets have already announced to you what would have happened because of sin. I have come among you and I have told you the Truth, I have instructed you, I have warned you. It has been two thousand years that through my Church, my consecrated persons, my holy children, the souls that I have chosen and that I have sent to you, and especially through my Mother, my call has continued to guide you, to educate and correct you. What I could do for my Vineyard, I have done with the tender love of a Father for centuries, protecting it. Now I have helped and saved my little ones, as if they were offspring. The time has come for ME to totally purify my Vineyard and renew all the land to put new plants, new vines, and I will do it …

Jerusalem, Jerusalem, how many times have I wanted to pick up your children and you have said: no!

Rome, Rome, how many times have I wanted to make you a saint and you have refused ... An adulterous and perverse generation, you wanted signs, but only the sign of Jonah was granted to you; now you still want signs of victory, and you will have them, but they will be those of your master, the one you have chosen, your god, the false prince of the world: you will have his brand, buy and sell with him. You will think you live, but it will tear your eternal soul from you forever.

The little ones, the little ones will follow me; many of them will be saved, they need not fear when the persecution comes and takes your breath away. Resist firm in faith, with the courage of one who knows how to wait beyond all hope, as my Mother did. Do not be fooled by the sirens of the world, they are demons hungry for your souls; flee and, if necessary, lay down your life before satan makes you give up your souls. I will welcome you with the palm of victory in my eternal dwellings and no one will be able to take your eternal life with me.

Well, in a few hours you will celebrate the feast of my birth, but I will celebrate it only with those who have turned off the world and turned on their hearts. I want warmth, light, silence, adoration, few things. I have come down from the highest Heaven to bring you the eternal and inaccessible God in a Little Child; now I have been the one who, in this world that dresses in red with a thousand golden tassels to be more pagan than ever, I have been the one who has turned everything off. You are crying because colors, songs, dances, food, gifts, images, traditions are missing, but you are not crying for yourselves. Oh, if you understood the gift of my Christmas to you! But your hearts have turned to stone again. That is why I have turned everything off and I am struggling in the few cribs that I still find in the hearts of my beloved children. I wait for you in my crib! Silence, peace, still a moment of heaven …”

So we have come to Christmas, but the Lord can celebrate it only in very few hearts. Let us not be distracted by useless things, in vain, which are precisely vanity, because Jesus is telling us, as in the third hour of agony in the Garden of Olives: “My children, do not sleep! The hour is near. Can't you see how I am? Ah, help me, do not abandon me in these final hours! "

It is the hour of His Birth in us, that this time our Mother can give birth to Him in us.